Panorama India is extremely pleased to present this India focused debate series in support of our Educate Mandate. We thank Scotiabank for being the Presenting Sponsor and York University/ The York-Osgoode High School Debating Club for collaborating with us.

Panorama India is very pleased at the overwhelming response to the Mathletics Program in the past years. We are very excited and looking forward to this competition for 2012. We encourage participants’ parents, friends and family to witness this exciting program. 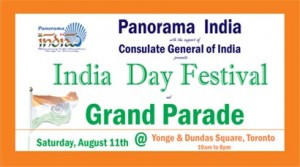 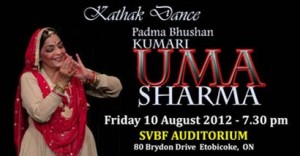 “THE LAST HARVEST” – Exhibition of Paintings by Nobel Laureate Rabindranath Tagore at McMichael Canadian Art Collection on May 19 to July 15, 2012

Panorama India is poised to celebrate the Seniors day for the Third Year on Sunday June 24, 2012. Seniors have all succeeded in their life reaching this stage. Its time for them to look back at their achievements and also remember their younger days and celebrate the sucess. This day is therefore aptly called Yaadon Ki Baaraat and is also the theme for the Seniors day.

The McMichael Canadian Art Collection hosted a special reception on Wednesday, May 23 for the opening of the exhibition, The Last Harvest: Paintings by Rabindranath Tagore, in the presence of dignitaries from India, Ontario Premier Dalton McGuinty, Minister Michael Chan, and approximately 200 guests from the South Asian Community and the gallery. Rabindranath Tagore (1861-1941) is beloved by Indians as a poet and writer. He was recognized around the world as the first non-European to be awarded a Nobel Prize for literature, yet few outside India know that he was also a highly regarded visual artist. The Last Harvest: Paintings by Rabindranath Tagore is the one-and-only Canadian showing, on display at the McMichael gallery from May 24 to July 15, 2012.